I worked on a ‘Film Roman’ last week – a film made of still images, and it was pretty interesting. I do think it’s easier than making a full fledged film with movement and dialogue- in terms of editing all that, it does seem a little daunting. But, let’s see. It’s the era of jumping into the deep end, me thinks.

So here’s my Film Roman- I don’t know why, but the Youtube version is super low quality. I hope it doesn’t cause severe squinting. If it does, then oh well it shall be hilarious. 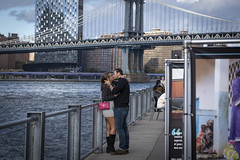