This was my first time being in America on Veterans Day – a public holiday shared with Australia and New Zealand, and I felt like capturing something commemorative. I did not expect to actually spend time with veterans and photograph them.

Living in the Santa Monica area means that you’re pretty close to the expansive Veterans Park, which houses a few hospitals, postal offices and a whole lot of abandoned buildings. I’ve been wanting to do a photowalk in this area for a while, and thought that today was the right occasion to do so. The park spans over 400 acres and is known to be quite lonely, so it was helpful to know that there were going to be many people around on this day.

Although I wasn’t too excited about photographing buildings, I thought that was all I was going to get, so I tried to survey the area in the best way possible – until something caught my attention.

It was an old Barber’s Shop; the only colourful and happy looking thing in the entire vicinity. The longer I looked at it, the more multifaceted it became. It resembled a miniature farmhouse, a space that promised gaiety and a sense of community.

While I was gawking at it, the door suddenly popped open. There stood a welcoming figure who behaved as if we had an appointment. I entered the RV and was bedazzled by an overwhelming array of iconography. The shop was more like a time capsule, filled with knick knacks of 60’s pop culture, military artefacts, modern slogans about gay marriage – as well as a magazine cut out of Mel Gibson’s Hacksaw Ridge. My sense of focus almost went ballistic until the man started to introduce himself. 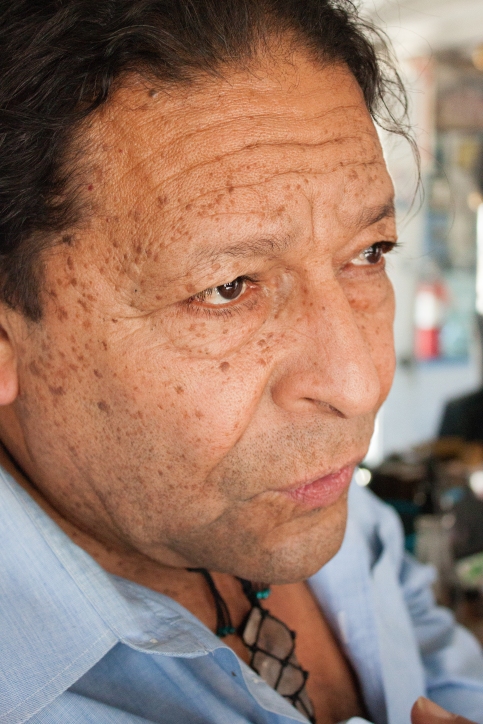 Dreamer served in the US Army during the Vietnam War. He set up the Barber’s Shop around 50 years ago, when he felt that it was time to give his fellow veterans some positivity in life. Everyday he is visited by people who are sad and have hit rock bottom. As he grooms them he heals them with his wisdom in spirituality – something that was passed down to him by his ancestors. Dreamer is a Native American of the Apache Tribe. He started cutting hair at the age of nine, when he was taken away from his family and sent to a boarding school.

He doesn’t subscribe to the idea of a ‘self’ and enjoys practicing the art of slipping into different realities, which he believes are all around us.

“We aren’t like animals. We’re more complex. We have the choice to be free, which means detaching ourselves from ideas, labels and a shared sense of ‘reality’. None of us know what reality really is. To be human is to have freedom.”

Upon noticing the pendant around my neck (which is shaped like the sun), he started telling me about ancient people who crossed many lands, following the movements of the sun and moon.

He explained the history in such a detailed and enchanting manner, that it had an overpowering effect on me. I felt unusual and faint and haphazardly stepped outside for some air, interrupting him in a jarring manner. Dreamer was astonished and asked if I was entering another reality right then. In my uneasy state I just blurted out that it was my time of the month, and fanned myself with one of his old books. Although I completely ruined the moment of mysticism, Dreamer was empathetic and gave me a bottle of ice cold Yerba Mate that his customer just paid him with.

According to Dreamer, women are incredibly powerful and are capable of superior magic, compared to men. He feels that lesbian shamans are the most potent of all, and really respects them.

It was time for his next customer.

People who get their hair cut by Dreamer are never in any sort of hurry. They don’t mind if he stops mid-snip to explain some theory or other, and they often linger till he finishes his stories. I definitely felt his talent for distracting one from life’s stresses. He speaks of unfamiliar things while boosting your spirit and giving advice about life. Although we didn’t talk about his family, it was evident that his heart had been broken very badly.

The Veterans’ Park is full of people with tragic stories. Some suffer from trauma that manifest in unsettling ways. I experienced this at one point when Dreamer was busy cutting hair and a man from Brooklyn, who was ‘just passing by LA’, popped his head in. As he inquired about the shop’s hours he got a gist of Dreamer’s spiritual beliefs and at once became disgruntled. He started barking about how he grew up with Christianity and knew that his God was better than anyone else’s. He wanted to know whether Dreamer would try to cast some sort of spell on him, if he got a haircut. The moment made me feel uncomfortable. I hoped that the man’s aggression contained itself to only verbal insults, while I saw flashes of possible news headlines. The man left after Dreamer diverted his attention to Doctor Strange and have gave him a flier about the Veterans Day barbecue. I took a sigh of relief before learning that the area we were in was specifically dedicated to psychiatric hospitals. 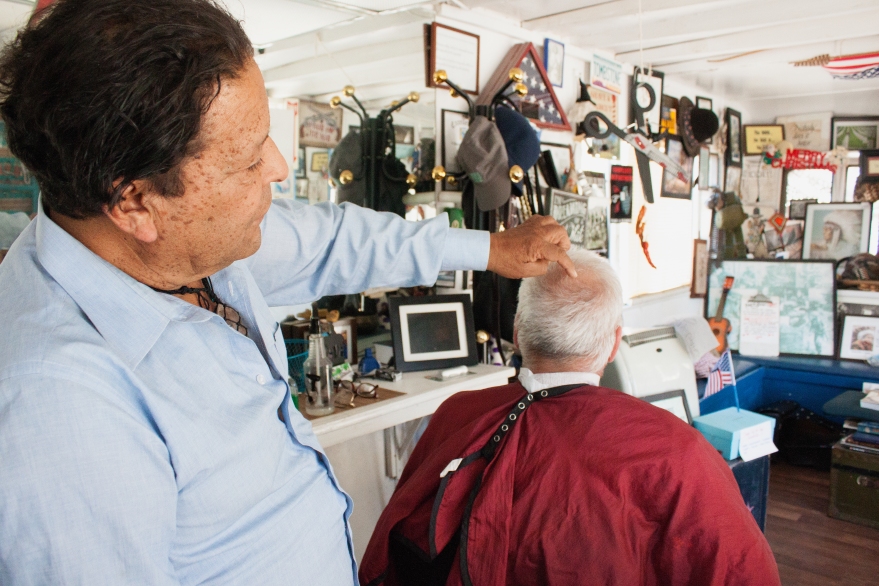 A calm customer who was getting the ‘flat top’ hairstyle was once a patient a the psychiatric hospital. He was a Korea and Gulf War veteran who met his wife during his first military service. He saw her at a local bar in Seoul, winning hand after hand in poker. It was love at first sight. They were married for 30 years until August, when he lost her to cancer. He recently enrolled himself in a technical trade school to study renewable energy, as a way of keeping his mind occupied.

As I left Dreamer’s shop, he gave me some tips on how to reverse my thinning hair, along with two parting requests; 1) that I should guard my soul at all times, and 2) that I should look at life as a linear, forward moving path rather than a cyclical progression. 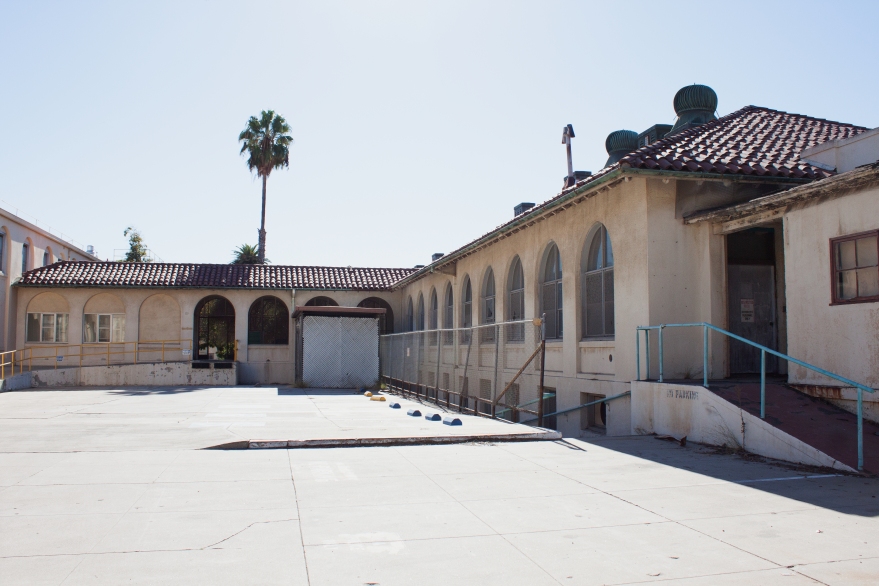 While walking out of the park I was surrounded by people I had nothing in common with, yet deeply respected. I am not in favour of war and do not know what inspires people to become soldiers – but I think it’s fair to be supportive of them. Spending time getting with veterans on Remembrance Day felt like the right way to commemorate people who’ve fought for their countries. Learning about Native American culture and getting to know Dreamer, was incredibly (if not more) important. It reminded me of the battles that native populations have had with outsiders, who’ve forced their way into lands they’ve decided to defend. We shouldn’t forget the men and women who have died for their countries; including those who weren’t soldiers of the American, Australian, New Zealand or British Armies.