After thinking about the innovative changes in digital industries, I came across a wave of social media posts about the importance of a ‘digital detox’. There is a new movement that is gaining momentum right now… Digital marketing writers are publishing articles about the damaging effects of being addicted to digital content for their online publications, which are going viral. Digital is simply getting too digital at the moment, and we must all take a break.

So before my previous article on digital disruption is considered passe, I wanted to examine the non-digital ways in which I have experienced disruption in my life.

Here are some tech-free examples I could think of:

There’s no need to get my butt out of the house for a grand cuppa of flat white anymore. Having espresso at home without the use of electricity or a queue to wait in, has made my life easier. It has also replaced the service of the local barista – he or she will not be earning $3.50 from me on a daily basis. Cheap, convenient and replacing old systems? The Moka Pot ticks all the boxes. Yet it falls short in one big way. You miss out on human interaction of the purest and most golden kind; the one which involves your over-enthusiasm and the barista’s nonchalance.

My friend’s anxiety about current affairs.

This person has a tough time with digesting the news. S/he just can’t do without absorbing every piece of information about an array of industries and upchucking it. It’s a way that s/he deals with the chaos we live in. Thanks to this person, I know what’s happening in the world and I don’t even bother seeking any confirmatory reports, because I get the real deal, for free. 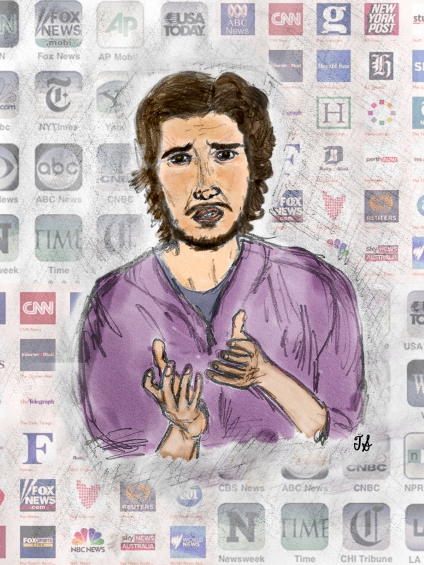 Does this person know that s/he is offering me a convenient service? No. But it serves my purpose. See ya later Trending tab on Facebook. No need to buy a newspaper. I ain’t CNNything either.

Not too long ago, I veered out of a terrible blockbuster film that left me feeling quite heart broken. Where have all the interesting stories gone? When would I ever be entertained again? Little did I know that my doubts would be answered right away, on the corner of the 3rd Street Promenade in Santa Monica. A crazy dude was hanging around, overly-enthusiastic to share his tale about his daring teenage years, to the wide range of uninterested audiences who were trying to enjoy their evening stroll. 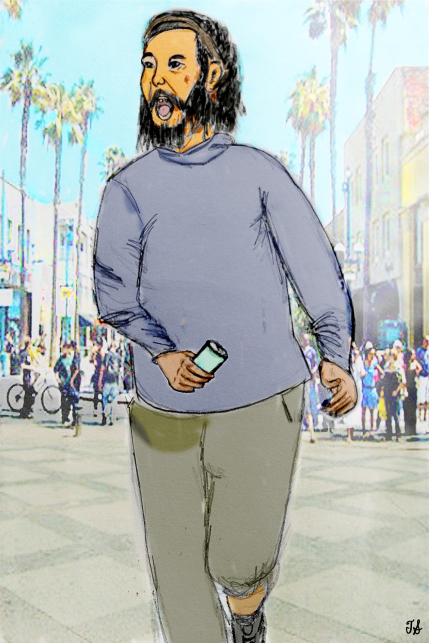 While waiting for the pedestrian crossing, it was so fascinating to hear about the way the crazy dude’s parents were really mean to him and how his sister was great at stealing credit cards. Unfortunately, when it was time to cross the road, he got to the really meaty part of the narrative which concerned his day time job as a pill-pusher. The crux of the matter is that I got something so real and insightful in those two minutes, that it restored my trust in the world of storytelling. You don’t need to go to any movies. Cancel all your subscriptions and just take a trip to the coasts of SoCal, really.

Getting Back to the Tech World…

I must confess that I couldn’t think of too many examples which didn’t involve some modern technology. This example is actually one that I completely missed in my last article, and it is one that is changing the structure of South Asian entertainment. In other words – the Woods of Bolly is getting disrupted. 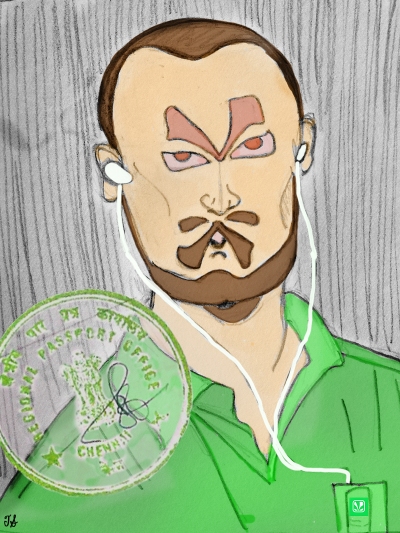 It’s not really a secret, but when you see an Indian person wearing headphones and enjoying some beats, s/he is most likely tuned into a music streaming app by the name of Saavn. Officially launched to users worldwide in 2009, the app has now become a portal of original content allowing listeners to tap into the largest repository of…

– Chat-shows offering the latest celebrity gossip (too exciting, my goodness.)

– Original Saavn branded music (thanks to its artists in residence programs)

Forget installing those weird satellite dishes in odd places of your yard, and plug into the most current content that is customized for audiences from various South Asian regions.

What can we takeaway from this?

Life can be easily disrupted by clever, high-energy people who want to make themselves heard and wish to share their simple joys or discoveries with others. It sounds easy enough to put into practice ourselves. Who knows why and where the next disruption will come from?